The Leathersellers’ Company are immensely proud of our links with our Armed Forces.

Date back to 1570’s/1580’s, we provided many soldiers to help prepare for the threat of invasion by the Spanish. We also gave £24 towards warship at the time of the Spanish Armada and have continued to demonstrate our support in various ways:

Our first official Military Affiliation was in 1988 and continue today through our affiliation on the 1st March 2005 with The Queen’s Dragoon Guards (The Welsh Cavalry), and 230 Squadron RAF on the 6th March 2013.  After the decommissioning of HMS Tireless on 19th June 2014 and HMS Cornwall on 30th June 2011, HMS Audacious became our latest Naval affiliation on 4th February 2015. 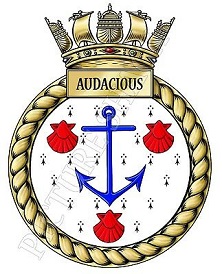 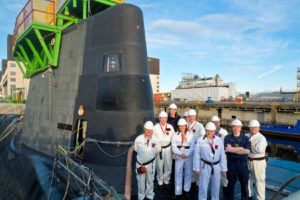 HMS Audacious, was formally commissioned at a ceremony at HM Naval Base Clyde.

The ceremony marks the completion of extensive tests and sea trials for the vessel with Audacious now ready for Royal Navy operations around the globe.

“As we now move from sea trials into our operational sea training programme, I and the whole ship’s company are ready for the challenge ahead.“This formal commissioning ceremony marks another major milestone in the platform being fully operational and ready for tasking. 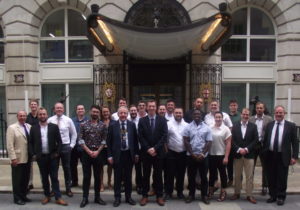 HMS Audacious arrived at HM Naval Base Clyde for the first time on April 7 last year where she joined sister-vessels HMS Astute, HMS Artful and HMS Ambush.  The Astute-Class nuclear powered submarines are among the most sophisticated underwater vehicles ever constructed, gradually replacing the Trafalgar-Class submarines which have provided sterling service for almost four decades.

The vessels are capable of circumnavigating the globe while submerged, producing their own oxygen and drinking water. 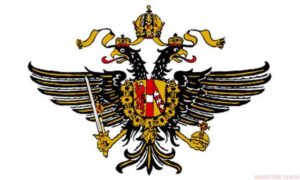 The regiment was formed in 1959 by merging the 1st Kings Dragoon Guards and The Queens Bays (2nd Dragoon Guards), both of which dated back to 1685. Its first colonel-in-chief was Queen Elizabeth the Queen Mother. The new regiment’s main recruiting area was Wales and the border counties.

Until 1998, the regiment alternated between Germany, with the British Army of the Rhine, and regular tours of Northern Ireland.   But it also sent detachments elsewhere. These included a squadron sent to Borneo and then Aden from 1966 to 1967, a two-squadron detachment sent to Beirut in 1983 during Lebanon’s civil war, and a squadron sent on UN peace-keeping duties on Cyprus in 1985. 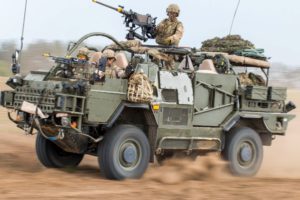 ‘A’ Squadron deployed to the Gulf War (1990-91) in 1990, where it won the battle honour ‘Wadi al Batin’. The regiment then deployed to Bosnia for seven months in 1996, returning to the Balkans in 1999 on a peacekeeping posting to Kosovo.

‘C’ and then ‘A’ squadrons deployed with Operation Palatine in Bosnia from October 2000 to April 2001. On returning home, they assisted in the measures taken to control the outbreak of foot and mouth disease in the United Kingdom. 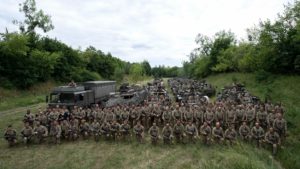 The whole regiment served in Iraq from January to May 2003 with 1st Armoured Division, before redeploying to Germany in September the same year. It returned to Iraq in 2005 and 2006, followed by deployments to Helmand Province, Afghanistan, in 2008-9 and 2011-12.

In 2018, the regiment deployed to Poland for battle exercises, serving as part of Nato’s armoured spearhead. 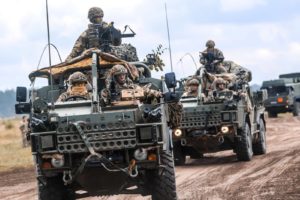 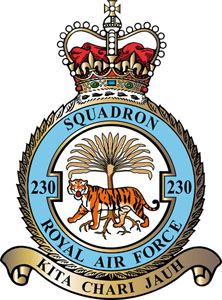 230 Squadron formed on 20 August 1918 at Felixstowe, Suffolk, on the east coast of England. It was equipped with the Felixstowe F2A flying boat which served the squadron until it was first disbanded in 1923. It was not until December 1934 that the squadron was reformed, this time in Wales, at Pembroke Dock with the Short Singapore III. In late 1936 the squadron began its journey to Seletar, Singapore where it was to be based until the outbreak of the Second World War.

In March 1937 the Squadron Badge was approved by HM The King. Inspired by the label on a bottle of the local brew (Tiger Beer) it featured a tiger under a palm tree which was adapted with the addition of the motto in Javanese ‘Kita Chari Jauh’ – translated as ‘We search far’ or ‘We seek afar’. 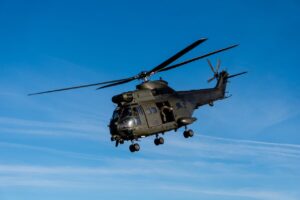 The next twenty years saw the squadron utilised all over Asia, Africa and the Far East gaining Battle Honours for its involvement in the Mediterranean for much of the Second World War. The Sunderland flying boat was responsible for these missions after it replaced the Singapore in 1938. Notable missions in support of the Burma Campaign (1944) and the Berlin Airlift (1948) were of strategic significance.

In 1957, the RAF’s flying boat era came to an end when the squadron was once more disbanded. It was back in business merely a year later though, at Dishforth, England with the Scottish Aviation Pioneer CC1 and later Twin Pioneers (1960).

In 1962 the squadron began taking on a new guise….a helicopter squadron, equipped with the Westland Whirlwind HC10. It had its first short spell at Gütersloh in West Germany a year later. In 1971 a new era began with the Westland Puma HC1 at RAF Odiham. 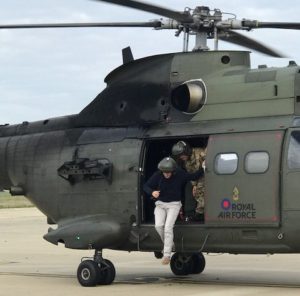 230 Squadron joined the NATO Tiger Association in 1977. In 1980 they moved again to RAF Gütersloh where in 1982 they hosted their first Tiger Meet. The Squadron relocated to Northern Ireland in 1992, where it supported the security forces in the peace process. In November 2009 it moved to RAF Benson, Oxfordshire, collocating with the ‘other’ Puma operators, 33 Squadron.

The Puma HC Mk1 reached its Out of Service date with the Royal Air Force in December 2012. After a life extension programme to deliver a significantly upgraded aircraft, the Puma HC Mk2 took to the skies with an RAF crew in September 2013. 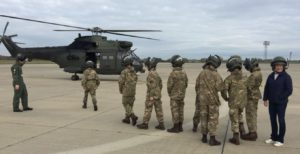 Since spring 2015 the Puma HC2 has been operating in Kabul, Afghanistan as part of NATO’s RESOLUTE SUPPORT Mission and the United Kingdom’s Operation TORAL.

For Further information please click on the following links: