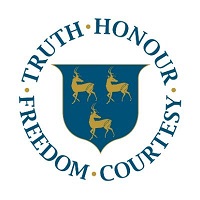 It has been another record breaking Year at Prendergast Sixth Form as they celebrate their best ever A Level results.  Under the challenging circumstances of this academic year, students have secured another set of excellent results.

Head of Sixth Form Simon Conway stated, “We are extremely proud of all of our students.  They have performed superbly and are benefitting from the huge amount of hard work they have put into their studies over the last two years.  We are delighted that they have gained places at some of the most prestigious universities in the country and we look forward to watching them develop further into the leaders of the future.”

In addition to the fantastic results achieved in the Sixth Form, Prendergast School is pleased to report some outstanding achievements by its students in their GCSE qualifications this summer. We would like to congratulate our students as they celebrate their best ever GCSE results, despite the challenging circumstances of this academic year.

This year, following the cancellation of exams, grades were awarded through a process of teacher assessed grades, against a national standard and approved and awarded by the exam boards. The government is not publishing performance data for any schools or colleges this year due to the varying impact of the pandemic.

All of us at the Leathersellers and at Prendergast School are immensely proud of all the work and achievements of our students, especially after such a difficult year. Our teachers and students have worked tirelessly this year to achieve outstanding outcomes which allow students to progress onto further education and study. We look forward to welcoming students into Prendergast Sixth Form next year and look forward to seeing what they will achieve in the future. 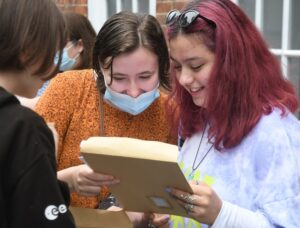 A massive congratulations to all our students on some fantastic results!