The Leathersellers’ Company and Shakespeare 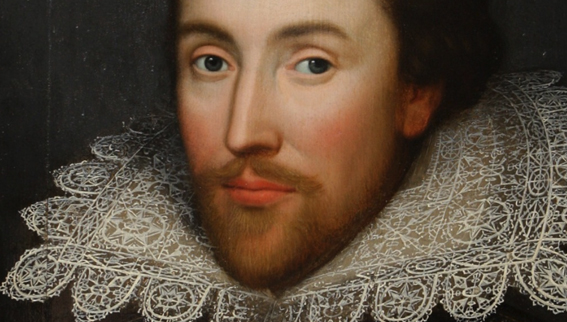 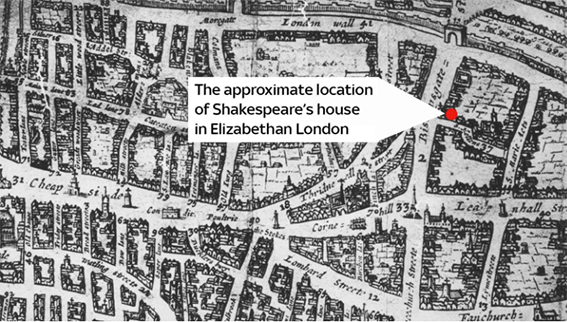 Some of William Shakespeare’s most famous plays may have been inspired by his elite neighbours, according to a theatre historian Geoffrey Marsh, the director of the V&A’s department of theatre and performance, who has spent 10 years researching the exact location and surroundings of Shakespeare’s east London home, close to what is now Liverpool Street station, in the late 1590s.

Although the house where Shakespeare lived was demolished long ago, Mr Marsh was able to pinpoint its location – that the playwright moved in – the corner of St Helen’s Churchyard and Bishopsgate. Before 1596, Shakespeare lived not only in St Helen’s parish, but overlooking the churchyard of St Helen’s church as a tenant of the Leathersellers’ Company. The company was his landlord when he wrote the following plays; Romeo And Juliet, A Midsummer Night’s Dream, The Merchant Of Venice, and Richard II. Shakespeare would have been in his late 20s and early 30s at the time.

Mr Marsh suggests that the witches in Macbeth, the story of the music in As You Like It and some of the lines from King Lear may have been inspired by the people living nearby.

He also said: “The place where Shakespeare lived in London gives us a more profound understanding of the inspirations for his work and life.

“Within a few years of migrating to London from Stratford, he was living in one of the wealthiest parishes in the city, alongside powerful public figures, wealthy international merchants, society doctors and expert musicians.

“The merchants had connections across Europe and the doctors were linked to the latest progressive thinking in universities in Italy and Germany.

“Living in what was one of the power locales of London would have also enhanced Shakespeare’s status as he developed his career, sought a family coat of arms and planned to buy an impressive and expensive house in Stratford.”