The Leathersellers’ Company has been supporting education at all levels since the 17th century.
As well as offering grants for university students and directly funding a number of universities, we are involved with the running of secondary and primary schools in south London. These are Colfe’s School and The Leathersellers’ Federation of Schools which consists of: 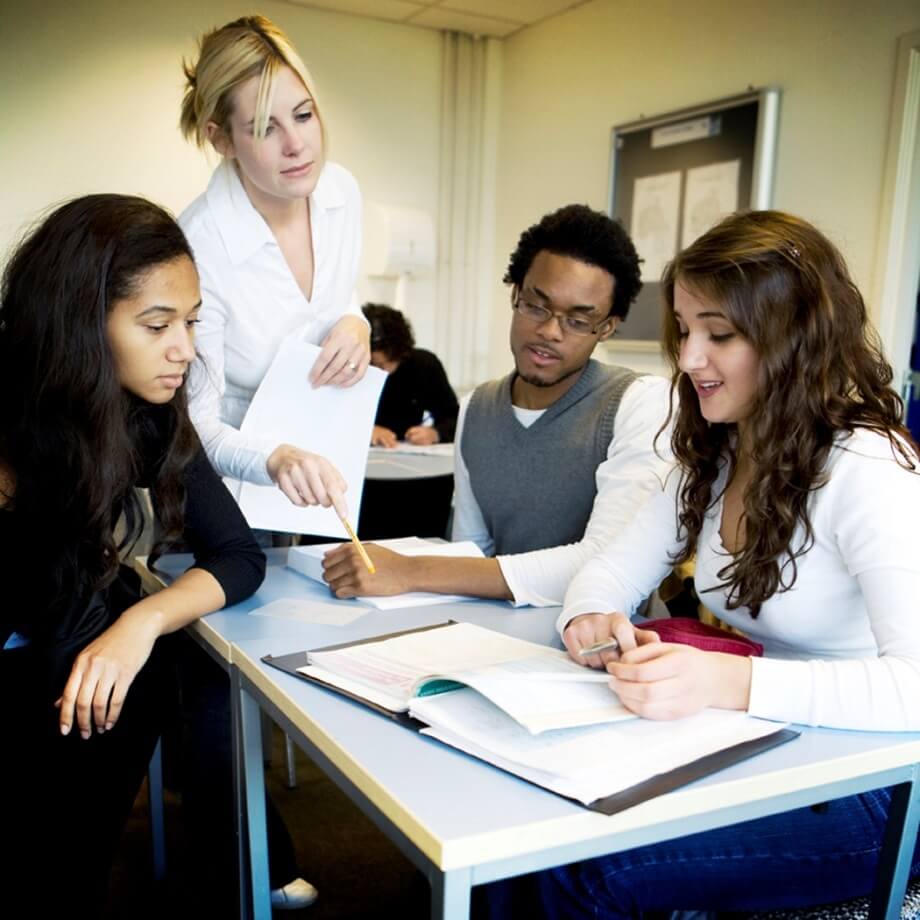 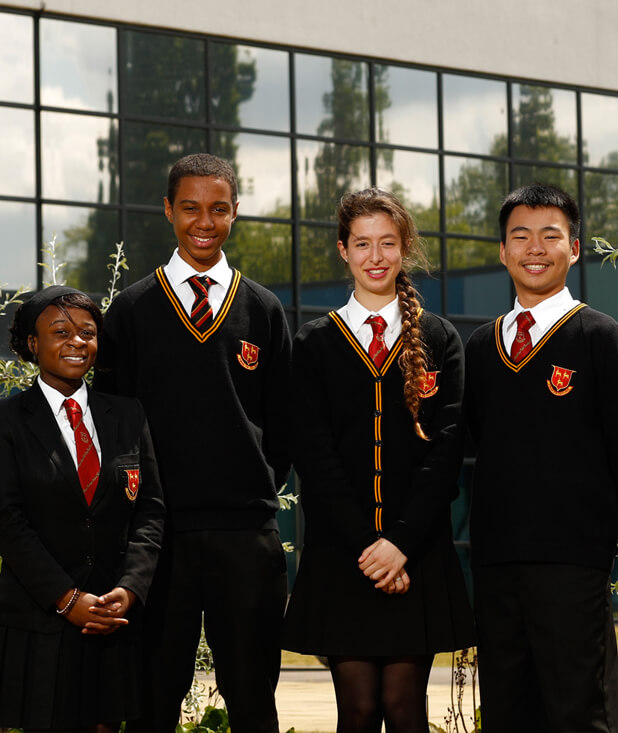 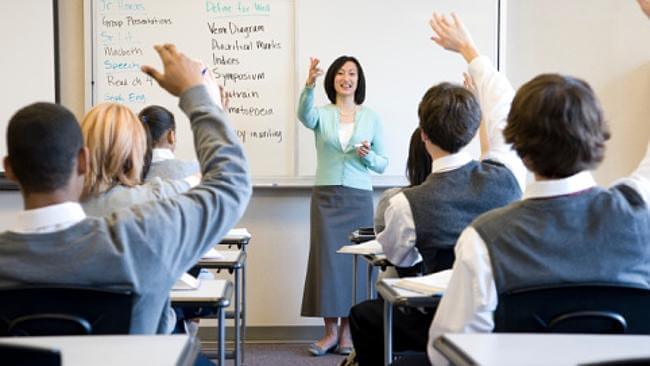 The Charitable Fund awards Student Grants of up to £5,000 a year, to study for a full-time Degree at any UK University.

Application is via our on-line form only – quick and easy to use.

More information on Student Grants and how to make an application

We have a long history of directly funding universities. Some of our funding relationships go back hundreds of years, others are more recent. The charitable fund welcome applications from UK universities particularly those supporting the use of leather within the fashion industry, education in leather technology and the leather trade.

We are currently providing funding to the following universities:

Institute for Creative Leather Technologies (ICLT) at the University of Northampton is a world-leader in the provision of leather technical education. The Company’s historical interest in the School dates back to 1909, when it established the Leathersellers’ Technical College on Tower Bridge Road, London. The College was amalgamated with the leather department at Nene College in 1976 and a new centre for leather education was created with a grant of £500,000 from the Leathersellers’ Company.

Opened in 1978, the National Leathersellers’ Centre was immediately popular with overseas students, and with its growing international reputation in mind, its name was changed to the British School of Leather Technology in 1991. Facilities at the ICLT include a tannery and extensive laboratories, all equipped with state-of-the-art machinery. Courses on offer range from BTEC certificates to postgraduate research degrees, and there are short courses in specialised areas tailored to individual requirements.

The Charitable Fund provides on-going support in the form of grants and scholarships. We also provide funding for awards and internships to fashion students at the university who use leather as the primary component in their designs.

The Company has supported St Catherine’s College and its predecessor, the St Catherine’s Society, for well over a century, beginning in 1894 with the establishment of four Exhibitions of £25 p.a each for non-Collegiate students at Oxford. As with the establishment of similar Exhibitions at Cambridge, the idea was to help students who were unable to pay College fees, it represented a widening of our support for students at Oxford University which dates back to 1603, when the Leathersellers’ Company made its first awards to poor scholars’ at both Oxford and Cambridge.

The Charitable Fund currently provides funding for a Tutorial Fellowship in Mathematics and four Graduate Scholarships for excellence in the fields of Engineering and Science.

The Leathersellers’ Company has been supporting Fitzwilliam College and its predecessor, Fitzwilliam House, since 1894. In that year four Leathersellers’ Exhibitions of £25 p.a. were established specifically for non-Collegiate students at Cambridge. This was in order to help students who were unable to pay College fees to study at the University. It was a logical extension of our longstanding awards of Exhibitions for Collegiate students at Cambridge, which go back to 1603 – when the first of many charitable trusts to help a poor scholars’ at Oxford and Cambridge was set up, thanks to the generosity of Company benefactors.

The Leathersellers’ Company has been supporting this City institution for well over a century. Our first regular grants were in the form of annual scholarships, awarded from 1903 onwards – originally 10 guineas per annum.

City University was formed from the former Northampton Institute (which despite its name, was in London) which had existed since 1894. The Leathersellers’ Company has supported it continuously since its elevation to University status in 1966. The Charitable Fund currently award four Leathersellers’ Prizes a year to exceptional students of Engineering and Science.

London College of Fashion, UAL is a world leader in fashion design, media and business education. LCF have been nurturing creative talent for over a century, offering courses in all things fashion. The Leathersellers’ Company was instrumental in the founding of early incarnations of LCF and continue to provide significant annual funding today. The Leather Trades School opened at 42 Bethnal Green Road in 1887 and already had 290 students by 1891. Administration came under the City and Guilds Institution of which the Leathersellers’ Company were a major benefactor were giving them nearly £1,000 per annum by 1899.

In the modern era the Charitable Fund have been providing funding to London College of Fashion to support the development of leather working skills. We also fund annual awards for students demonstrating excellence and innovation in the use of leather. 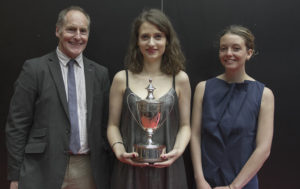 The Charitable Fund have been providing funding to De Montfort University since 2011 to support the development of leather working skills. We fund an annual award for students demonstrating excellence and innovation in the use of leather.

The Leathersellers’ De Montfort Designer of the Year 2016 is Nadine Annette.

The Charitable Fund provide funding to the school of jewellery at Central Saint Martins College to support the development of leather working skills and to fund the Leathersellers’ Award for excellence in jewellery design using leather.

The Institute for Creative Leather Technologies (ICLT) is a unique research and education centre. Their research responds to the scientific and technological needs of the automotive, fashion, footwear and allied leather industries.

Understanding new and traditional leather processing techniques expands the possibilities of how leather can be used. The research programme has an impact on diverse sectors, including medical and technological applications. The partnerships that they have also take leather developments into engineering, media and fashion.

We are involved with the running of secondary schools in south London. These are Colfe’s and The Leathersellers Federation of Schools (which consist of Prendergast Hilly Fields College and Prendergast Ladywell Fields College).

Statement from the Headmaster June 2020

The aim of The Leathersellers’ Federation is to provide an excellent education for children from the local community in a safe, supportive learning environment, where people are valued and make positive contributions to each of the schools, and where pupils are taught to become responsible, independent members of society.

Please Click on the Links below to see the end of term newsletters from the schools, they are a useful way of getting a sense of activities within each of the schools.

Board of Governors’ statement – June 2020

Giving back is a big part of being a Livery member and we are delighted to announce that Leathersellers’ are taking part in the first phase of the newly launched Livery School Link Volunteering Platform. This technology driven concept lets teachers and schools put out requests for volunteers with ease and transparency.

Young people in schools struggle to find careers they are interested in; as experienced business people, you can help by going into schools and maybe inspiring them to explore your career path.

Livery Schools Link is a voluntary organisation that aims to promote support for schools in the Greater London area by Livery Companies of the City of London and their members, helping to prepare young people for the world of work. LSL works very closely with the City of London Corporation particularly since the recent establishment of its Education Board.

What do they do?

LSL seeks to act as the link between schools in need of help and members of the Livery who wish to offer assistance in any form. It is a forum for the exchange of ideas and best practice in the field, and maintains links with the educational community. There are also occasional events for members on relevant topics. This can range from one- day events to ongoing partnerships with a school.

The stated mission of LSL is to assist children from less advantaged backgrounds to receive an enhanced educational experience at school and to have their personal aspirations raised, thereby increasing their employability and career options.

What to do Next?

Leathersellers’ see this as an excellent initiative and would positively encourage your support.  You can find out more on the Livery Schools Link website –https://leathersellers.thevp.org.uk/vindex. You will clearly see where you can sign up and create your volunteering profile.

It’s all about giving back and we all know that just a few hours a year can make all the difference. To find out more about how you can make the difference click here.

The Livery in Education 2019 booklet  demonstrated the extent of the work in all Livery companies to support education and training and to maintain professional standards. The full content of the booklet can be found here.

The November 2019 Livery Schools Link Report for Livery Companies can be found here.

Map of Our Schools