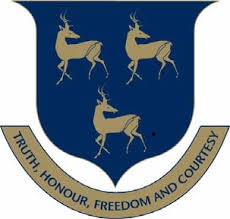 Prendergast School Sixth Form We are proud that students in extremely difficult circumstances have been supported to achieve an excellent set of outcomes.  50% of all results were A*/B grades…

Supporting the Leathersellers’ Federation of Schools in Covid-19

When lockdown was announced in March 2020 we realised the wide reaching effect this would have, and in particular were concerned for our affiliated schools in Lewisham, the Leathersellers’ Federation…

END_OF_DOCUMENT_TOKEN_TO_BE_REPLACED

Over three and a half centuries later, the relationship between Colfe’s School and The Leathersellers’ is still going strong. The school was incorporated in 2004 and the Articles of Association provide for a Governing Board of 15, eight of whom are nominated by the Leathersellers’ Company. The Master serves as an additional ex officio Governor. By virtue of The Leathersellers’ Scholarship Programme 12 pupils from non-privileged backgrounds join Colfe’s Sixth Form each year on fully funded places. It is expected that such pupils will subsequently gain places at top universities. In this way the school and the Company make a significant contribution to social mobility.

Colfe’s is currently in the vanguard of co-educational independent day schools, with a growing reputation for strategic innovation and forging strong productive links with local state schools.
Academic standards are high, with more than 80% of A levels graded A*-B in the last three years. Over 60% of GCSE grades are awarded A* or A. Pupils regularly gain places on the most competitive universities. In the last five years the school has been awarded two TES Awards for Education Initiative of the Year – 2014 and 2016 – for its ground-breaking pastoral programmes.

Upwards of £10 million has been spent on the school site in the last five years and further investment is ongoing. 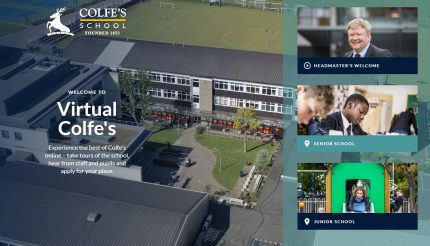 Colfe’s online admissions hub ‘Virtual Colfe’s’ is an opportunity to tour the school and hear from staff and pupils as you would on an open day.