Home > The Company & The City of London > The Master & Wardens

Christopher started employment life as a school teacher (1970-72). This was followed by 30 years in the financial industry in the City of London, Malaysia, Hong Kong and India. His final role in Asia was with Dresdner Kleinwort as country head in India.

In 2007, Christopher led the acquisition of Metropolitan Safe Deposits, the largest independent safe deposits business in London. He continues to oversee the group’s activities and has recently built a new vault with a capacity of over 8,000 boxes in Chiswick, to complement two substantial vaults in Knightsbridge and St John’s Wood.

Christopher was a Governor of the Leathersellers’ Federation of Schools (2007-17), Chair of Finance (2009-13) and Chair of Governors (2013-17). This group of Lewisham-based “Prendergast” schools is now rated either ‘Outstanding’ or ‘Good’ by Ofsted across sixth form, three secondary and two primary phases, having turned around two failing schools. For the past 19 years, Christopher has been a member of the Company’s Investment Sub-Committee, which he has chaired since 2016.

He is married to Belinda and lives in Berkshire. They have three children, Liveryman Thomas (30), Liveryman Alexander (28) and Millie (24), all of whom live and work in London. Millie has recently applied for Freedom by Patrimony of the Company. They share Christopher’s interest in sport, travel, food and wine. In addition, he and Belinda enjoy walking their three Labradors in the hills surrounding their home. 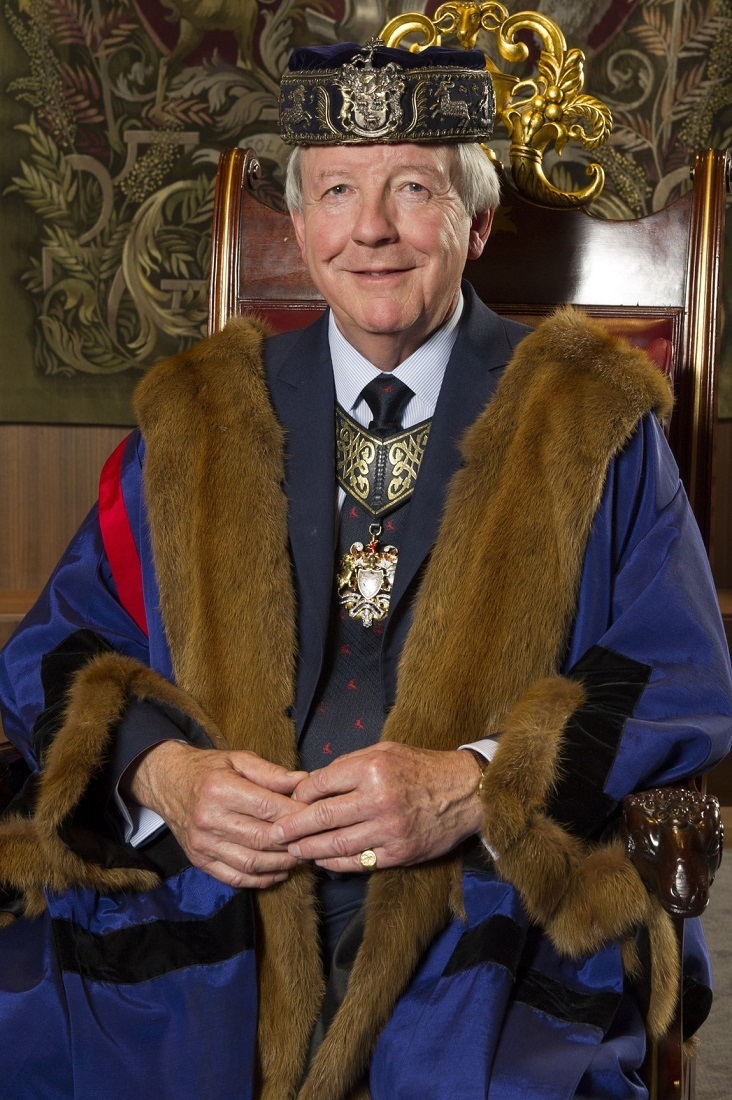 Jonathan Muirhead was born in 1951 and educated at Glenalmond College, Perth, after which he attended the National Leathersellers’ College, London, where he gained a Diploma in Leather Technology. He served as Third Warden in 2017-18 and was elected to the Court in 2019.

Jonathan is a seventh generation leather manufacturer. His family’s business has been producing leather in Glasgow and the surrounding area since 1758. At the end of June 2019 he retired from Scottish Leather Group Limited, where he had been Chairman since 2003 and has now been appointed Life President. Most of his career was spent with the Group’s largest subsidiary, Bridge of Weir Leather Company, the world’s oldest independent supplier of leather to the automotive industry and whose customers include Aston Martin, Rolls-Royce, Jaguar Land Rover, McLaren, Volvo, Mercedes and Lincoln.

Jonathan is a Past President of both UK Leather Federation and COTANCE (The Confederation of National Associations of Tanners and Dressers of the European Community). He is a Fellow of the Society of Leather Technologists and Chemists, was awarded an honorary BSc degree from the University of Northampton in 2014, and an OBE for services to the leather industry in 2016. He is also a Deputy Lieutenant for the Area of Renfrewshire.

Jonathan is married to Fiona and they divide their time between homes in Glasgow and Haslemere. They have two sons (continuing the family tradition – both are leather manufacturers), three daughters and two grandchildren. His interests include golf, skiing, curling, jazz, cars, wine, rugby union (season ticket holder at Glasgow Warriors) and their dog, a 14-year-old golden retriever. 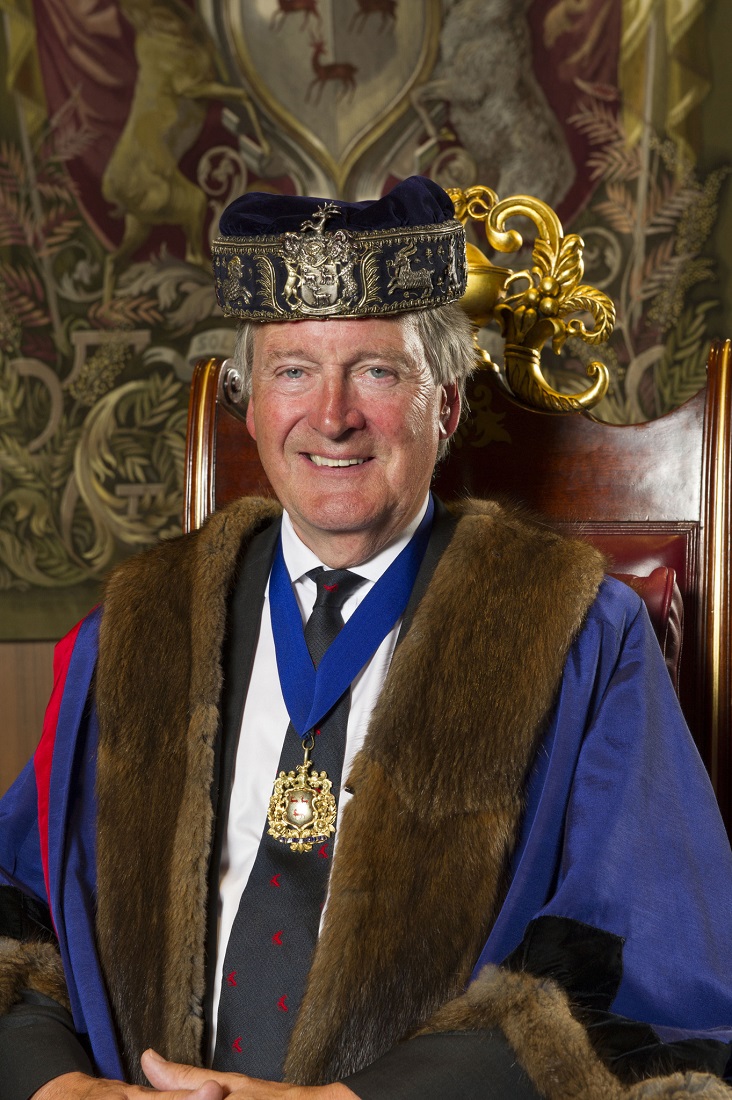 Mark was born in 1966 and lives in Brixton, London. He was educated at Radley College and Christ Church, Oxford, where he read Biochemistry. He is the son of retired Liveryman Tom Berman and nephew of Past Master George Nicholson, Peter Nicholson and Nick Wapshott.

Mark is a management consultant, supporting businesses going through complex change. He started his career with Andersen Consulting, has worked for smaller consultancies and more recently spent seven years with Capita, where he was responsible for selling and leading some of their most complex outsourcing programmes. For the last three years Mark has worked for himself, mainly advising the public sector and in recent times helping with the planning and changes arising from the potential EU Exit.

Mark is married to Elisabeth. They have two children and Mark spends his weekends in Kent enjoying time by the sea and rowing in his coastal sculling boat. 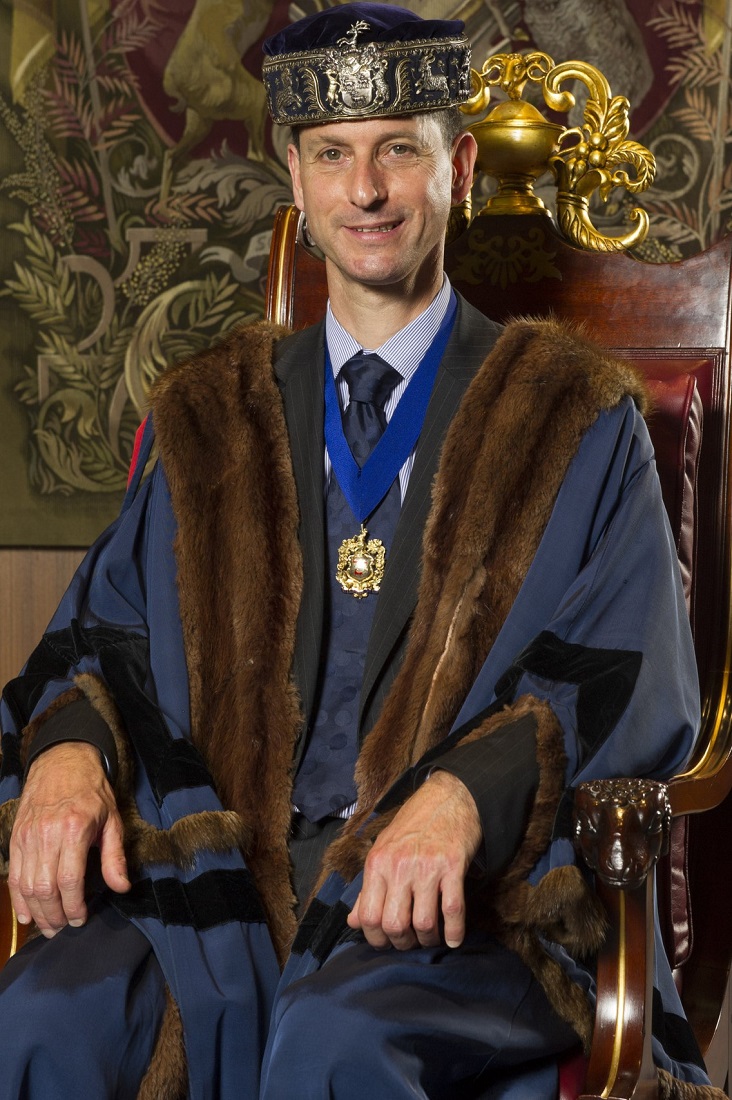 William Cock was born in 1966 in Liverpool. He is the son of Richard Cock, who was a tanner with the British Leather Company and who served Steward in 1990. William’s grandfather and great-grandfather were also Liverymen who worked in the leather trade in Shrewsbury. William became a Freeman by Patrimony in 1988 and was admitted to the Livery in 1991. He was educated at Rugby School and read Classics at Oxford.

William trained as a shipping lawyer in London and qualified as a Solicitor in 1990. Shortly after qualification he left the profession to become a legal recruiter and he has been one ever since. He now co-owns a niche Legal Headhunting business based in the City, fortunately not far from St Helen’s Place.

William lives in Putney in London, with his wife Jude (who was a much better lawyer than he was) and his two children Susie (18) and James (16).

William is never happier than when he is with his family. He is also a lifelong (sometimes too fanatical) Liverpool supporter and a member of the MCC and Vincent’s Club. Other interests include the wines of Bordeaux, philately and reading, particularly military history. 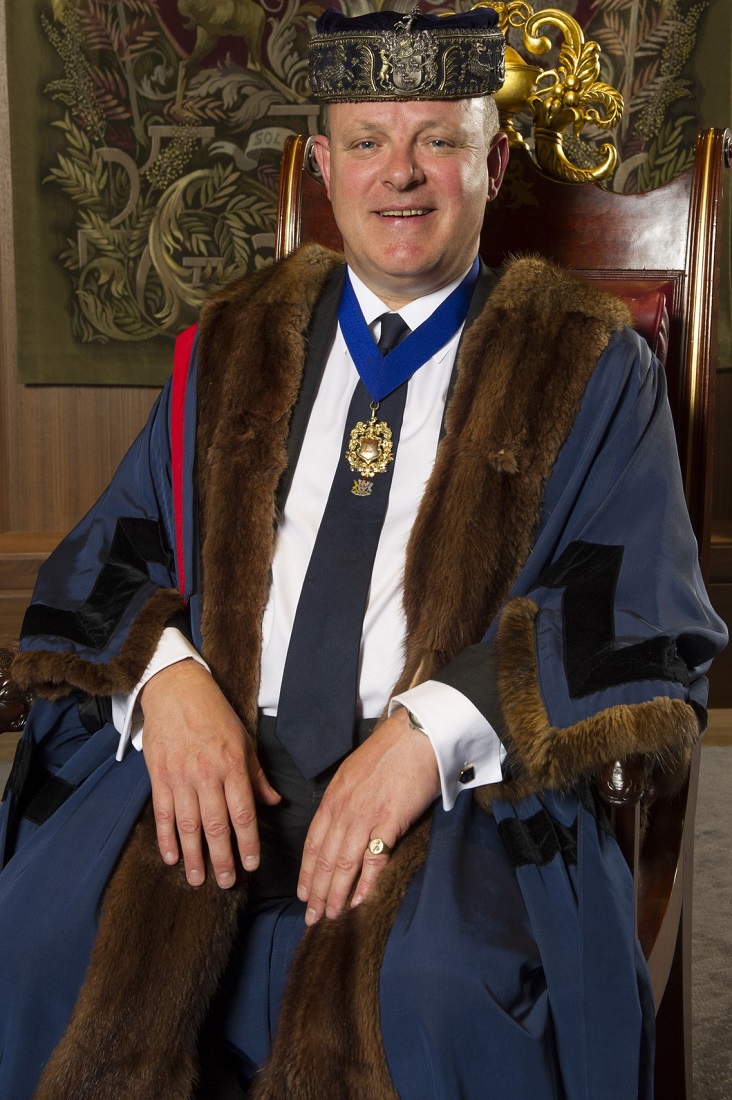